How you can be lucky in life and in business. 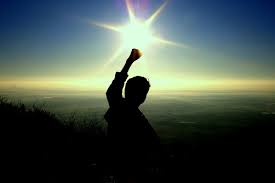 How you can be lucky in life and in business.

After driving home, the other night my mobile rang.

“Hello – is this Mary?” I heard a familiar voice say, but I couldn’t place who it was on the other line.

Anne-Marie! I’d not spoken to her for years! We’d gone to school together, primary school, middle school and were really good friends. We lost touch when she moved and changed schools. Two weeks ago, I was randomly scrolling on Facebook and thought of her. In the moment, I thought I’d try and find her on Facebook. Doubts ebbed at the back of my mind – would she want to hear from me after all this time? Maybe she’s changed her name? Still I popped her name into a search and there she was! I sent her a friend request then thought nothing more about it. Now, here she was on the phone!

Half an hour flew by and in that time, we’d exchanged life’s happenings – marriage, divorce, kids and jobs. After arranging to meet up she said; “You have been so lucky Mary, you have your own business, a great marriage and two wonderful kids!” I paused and said “well, yes I guess I have been!”

This exchange set me thinking: – Have I really been lucky? Or have the decisions I’ve taken and choice’s I’ve made, lead me by myself to be where I am today. Has ‘Luck’ got anything to do with it or as my Dad always said, ‘you make your own luck in this life.’

The dictionary definition of luck is: –

‘Success or failure apparently brought on by chance rather than through one’s own actions.’

E.g. ‘It was just luck that the first kick went in’

1:1 Chance considered as a force that causes good or bad things to happen

1:2 Something regarded as bringing about or portending good or bad things. “I don’t like Friday the 13th – it’s bad luck”

The earliest origins of the word luck was around the late 15th Century from the then middle Dutch “luc” a form of gelucke shortened down to ‘Gluck’.

Through the ages people have done things to try and keep good luck or acquire it. Wear a lucky pendant, touch wood, refrain from walking under ladders (me!)

According to Noah Webster’s dictionary luck is a “purposeless, unpredictable and uncontrollable force that shapes events favourable or unfavourable for an individual, group or cause. The author Max Gunther defines it as “events that influence one’s life and are seemingly beyond one’s control”.

There are two senses that people use the term “luck” Prescriptive and Descriptive.

In the descriptive sense, people speak of luck after events that they find fortunate or unfortunate or maybe improbable.

Cultural perceptions of luck, vary greatly them it being a matter of random chance to contributing to such explanations of faith or superstition.

The Romans believed in a goddess “Fortuna”. The philosopher Daniel Dennet believed “Luck is mere luck”. Purely down to chance, fate or kismet.

Carl Jung described luck in terms of synchronicity as “a meaningful co-incidence”.

Luck is, and probably always will be a universal concept to both celebrate success and attribute causes of failure. “I was so lucky I got that job offer!” or “I was so unlucky not to get that job!”

Throughout history philosophers and writers have universally framed luck with destiny and the result of one’s conscious actions. In chapter 25 of Machiavelli’s ‘The Prince’ he says: – “Fortune only rules one half of men’s fate, the other half being of their own will”. He reminds the reader that Fortune perceived as a woman, favours a strong, even violent hand and that she favours the more aggressive and bold young man than a timid elder. In other words we have the power – each and every one of us to shape, mould and carve out our destiny.

Shakespere was no stranger to Lady Fortune: “When in disgrace with Fortune and men’s eyes I all alone beweep my outcast state”

So back to you my reader – how does all this relate to you?

Human beings one and all have a deep sense of self. We all have unique and amazing brains capable of great avarice, humility, love, ambition and reflection, of ourselves and of the wider world around us.

My take on luck is that in your own life, it is YOUR OWN ACTIONS AND DECISIONS that frame what you do and ultimately how successful you will be. You need to expand your horizons, step outside your comfort zone and meet new people. Learn new things. You also need to recognise opportunities when they arise and embrace them. Instead of viewing redundancy as a negative – think of it as an opportunity to look for a new job. I did. I set up my own business with my former boss after we were both made redundant!

If you have an exam/ driving test/ job interview/ presentation to give, make sure that you plan and prepare as much as possible.

‘Lucky’ people are more often than not the ones that don’t just dream about change but actually do something positive to make that dream happen. They are also people who refuse to be negative, have a strong belief in themselves and will actually work very, very hard to achieve their goals. So my friends, luck to me is what you make it!

Please let me know if you have enjoyed this and have any comments!